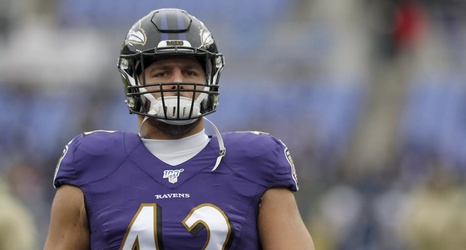 Of the 22 men who started Sunday’s possible Super Bowl preview against the 49ers, one of the most anticipated games of this season so far, nearly half were what you could term steals – players whose presence in such prominent roles is a testament to the tremendous work of general manager Eric DeCosta and his predecessor, Ozzie Newsome. Of those 22 starters, three were undrafted free agents on their rookie deals (DT Michael Pierce, DT/FB Patrick Ricard, C Patrick Mekari), four were drafted in the fifth-round or later (LB Matt Judon, S Chuck Clark, G Bradley Bozeman, TE Nick Boyle), one was acquired for a fifth-round pick in-season (CB Marcus Peters) and one was a veteran-minimum free-agent signing midseason to strengthen a struggling linebacking group at the time (LJ Fort).