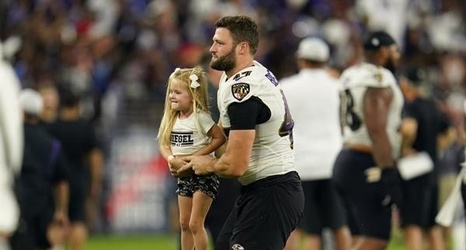 Biegel was carted off toward the very end of practice.

Harbaugh said he thought the 29-year-old Biegel had a good chance to make the team before his injury.