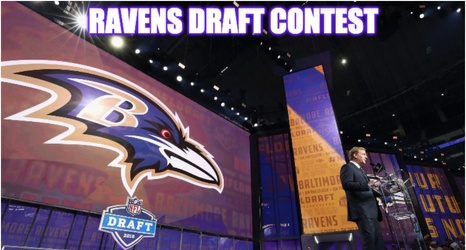 Inspired by the football minds in our Ravens24x7 forum, specifically a most excellent dude, “Alien Bird”, I’ve reached out to a few sponsors to put together a Ravens draft contest. The rules are fairly simple:

These do not have to be players that you want for the Ravens…just 6 names that you think Eric DeCosta will turn in the card for during draft weekend which begins on Thursday at 8:00 p.