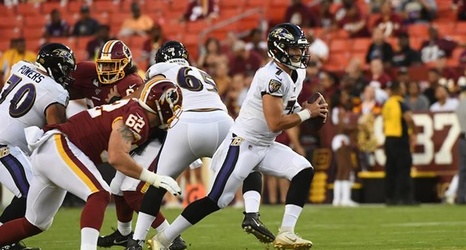 The Baltimore Ravens remained undefeated in the 2019 preseason, with a 20 - 7 win over the Washington Redskins Thursday night.

It is the fourth consecutive year for the Ravens to have an undefeated preseason. Their exhibition winning streak is now at 17 games. Their previous preseason loss came Sept. 3, 2015.

Trace McSorley went 15 of 27 for 171 yards and a touchdown to make his case for Baltimore to keep another quarterback along with starter Lamar Jackson and backup Robert Griffin III. McSorley engineered a 13-play, 69-yard drive that finished with a perfect over-the-shoulder pass to Jaleel Scott for a TD.