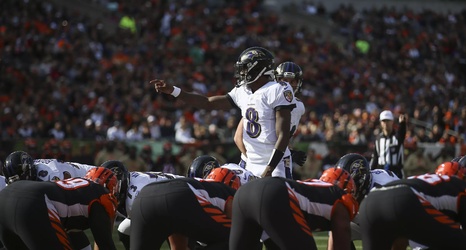 After checking, it appears Lamar Jackson is the first to notch two perfect QBR's with a minimum of 17 attempts.

Ben Roethlisberger did earn two perfect QBRs in a single season, but one game only had 16 attempts.— Baltimore Beatdown (@BmoreBeatdown) November 10, 2019

That’s right, Jackson, the player ‘analysts’ scouted as a running back or wide receiver has set one of the highest marks in NFL history twice in his sophomore season.

He set his first perfect QB rating against the Miami Dolphins in a dominant fashion. Jackson went 17/20 passing for 324 yards and five touchdowns.