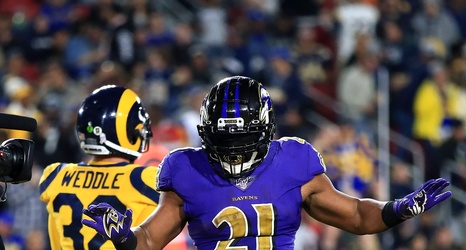 What’s up guys? It’s almost combine week, that’s what’s up. The boys are absolutely stoked to see a bunch of 20 something men running around an indoor field in spandex, and decided to throw together a quick preview for you guys to enjoy. There’s no one in the Baltimore Beatdown Podcast expanded Universe that’s better that than friend of the show Connor Rogers (ConnorJRogers) from Bleacher Report, so they called him up to have a chat from the perspective of somebody who’s covered the event before and will be attending it this year. Topics include drills to watch, what goes on in those mysterious meeting rooms, Indianapolis’ place on the scale of great American cities, and much, much more.