Mark Andrews: Type-1 Diabetes Won't Be a Problem in NFL 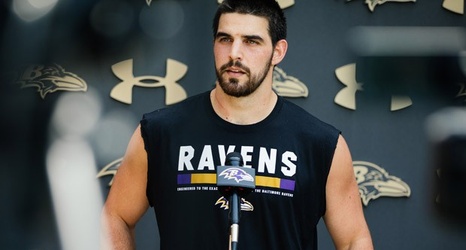 That afternoon, Oklahoma long snapper Wesley Horky found his roommate on his bed, his eyes fixated straight ahead, yet his massive body totally motionless.

Andrews has Type-1 diabetes, which is a genetic disorder in which the body does not produce insulin on its own. Andrews manages it like clockwork, making sure he gets enough sugar in his body to make sure his glucose levels don’t spike or drop.

But nobody knows what happened that day, as Andrews and Horky told Bleacher Report.

By the time paramedics arrived at Andrews’ dorm room, he had started to come to.