Jackson says there could be ‘cutoff’ point for negotiations 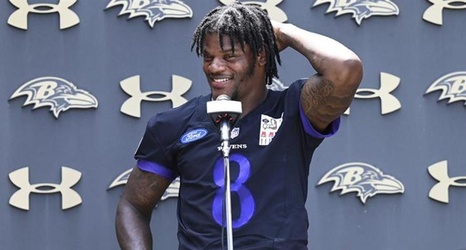 Lamar Jackson’s contract negotiations are lingering into training camp, and the Baltimore quarterback says at a certain point, it could be time to put those talks aside.

“There’s probably going to be a cutoff at some point, yes,” Jackson said Thursday.

The latest update from the Ravens’ star quarterback wasn’t exactly earth shattering: Yes, negotiations are ongoing. No, he wasn’t going to publicize details about topics such as guaranteed money. Yes, he thinks a deal will eventually get done, and yes, he hopes that will be before the season.

The most significant takeaway was probably the fact that Jackson seems willing to put a deadline on negotiations.