Finding Justin Tucker: How Ravens landed 'best in history of the game' 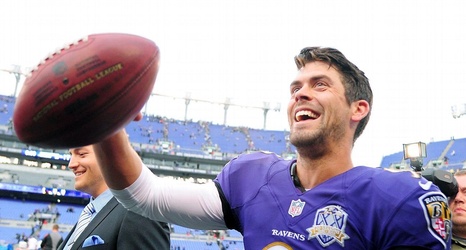 OWINGS MILLS, Md. -- After the Baltimore Ravens signed Justin Tucker to a record-setting deal for an NFL kicker a couple of months ago, the conversation soon steered to the first time coach John Harbaugh took notice of him.

"It was like, ‘Wow, he’s pretty good! Where’d we find this guy?'" Harbaugh recalled.

Tucker responded, "I was hiding at the University of Texas."

Despite playing for one of the most visible programs in college football, Tucker was invisible in the kicking landscape seven years ago.