Demar Dotson could be a good fit for the Ravens 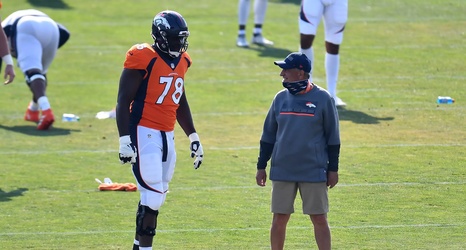 Right tackle remains a large question mark for the Baltimore Ravens this offseason. Orlando Brown Jr. is reportedly seeking to be traded to a team where he can play left tackle.

Orlando Brown's representatives have begun exploring trade possibilities for a player eyeing a full-time role at left tackle, per source. The Ravens are aware of those plans. Plenty of teams will be in the market for left tackle help in coming weeks and months.

Brown also expressed his desire to play left tackle in a series of tweets a few weeks ago.