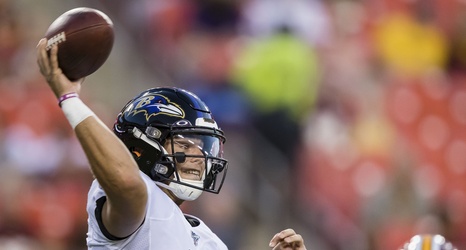 In case you missed it, here’s a link to the final 53-man roster for the Baltimore Ravens. Additionally, here is the Ebony Bird team’s respective predictions for who we believed would make the final 53 man-roster.

Now, here’s some important notes we took from the decisions the front office made:

Trace McSorley’s preseason proved his worth:

The Baltimore Ravens may’ve spent a sixth round pick on Penn State quarterback Trace McSorley, but he was far from a sure-thing to make the team. With Lamar Jackson and Robert Griffin III entrenched as the starting and primary backup respectively, the outlook for McSorley to make the roster was bleak.