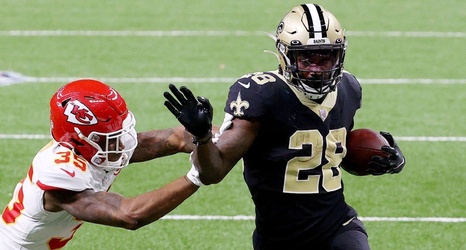 OWINGS MILLS, Md. -- The Baltimore Ravens signed running back Latavius Murray to a one-year deal Friday as they quickly scramble to patch up an injury-ravaged backfield before the regular season begins.

The deal is worth up to $2 million, a source told ESPN's Adam Schefter.

Murray, 31, becomes the fourth running back signed by the Ravens this week, joining Trenton Cannon, Le'Veon Bell and Devonta Freeman. Bell and Freeman are on the practice squad.

Murray, whose style of running between the tackles should mesh well with the Ravens' physical ground attack, participated in his first practice with the team Friday.