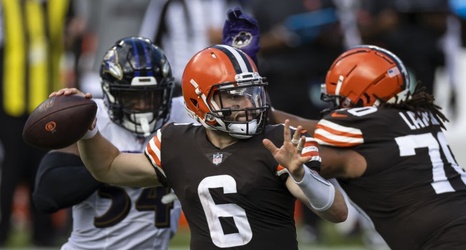 BALTIMORE, MD - SEPTEMBER 13: Baker Mayfield #6 of the Cleveland Browns attempts a pass as Tyus Bowser #54 of the Baltimore Ravens applies pressure during the second half at M&T Bank Stadium on September 13, 2020 in Baltimore, Maryland. (Photo by Scott Taetsch/Getty Images)

The Baltimore Ravens spent no expense trying to strengthen their pass rush this offseason and their efforts will come to fruition vs. the Houston Texans.

Many aspects of the Baltimore Ravens defense were great in 2019. The unit had four Pro Bowl players, including three in the secondary. Teams were tasked to try moving the ball against this defense and it got seemingly better during the 2020 offseason.