Baltimore Ravens: Lamar Jackson is taking his place at the throne 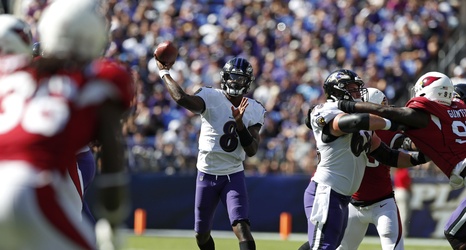 Has Lamar Jackson seized the moment that Baltimore Ravens fans have been waiting for? It feels like it. All of Ravensdom has been waiting on this moment since 1996 — a true iconic quarterback, leading the purple and black into battle each week, with a saunter in his step and a skillset that makes other fan-bases drool.

We’ve wanted it so badly we tried to will it into happening. We tried so hard to believe that Vinny Testaverde was that guy while he was firing passes downfield in the Ravens inaugural season, but, at the end of the day, he was still Vinny Testaverde.