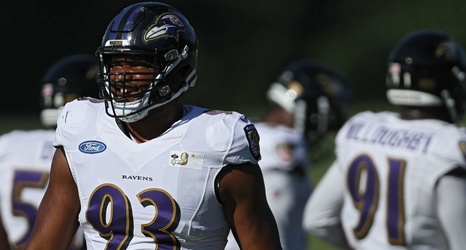 BALTIMORE, MD - OCTOBER 13: Marlon Humphrey #44 of the Baltimore Ravens in action against the Cincinnati Bengals during the second half at M&T Bank Stadium on October 13, 2019 in Baltimore, Maryland. (Photo by Scott Taetsch/Getty Images)

It’s starting to feel real. The 2020 season is just about here. Here are three predictions for the Baltimore Ravens defense:

1. Calais Campbell will lead the team in sacks:

The Baltimore Ravens have one player on their roster who has a single season with double digit sack totals. That player is not Matt Judon.