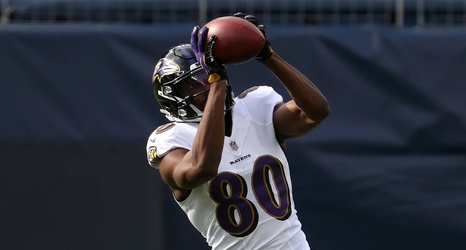 More than enough has already been made about the Ravens’ seemingly never-ending pursuit for a wide receiver this offseason. Unfortunately, more than a week removed from the start of free agency, the Ravens have still not signed anyone at wideout.

They sat on their hands for days as free agents like Corey Davis and Marvin Jones, two potential targets many thought Baltimore could target, signed deals with other teams. Then it was Will Fuller V and others. T

The Ravens reportedly sniffed around on Kenny Golladay before he agreed to join the Giants on a four-year deal.