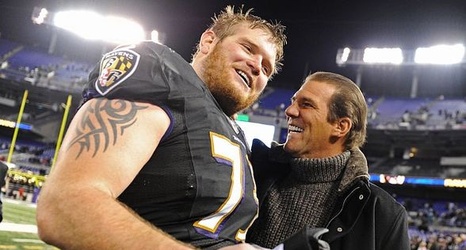 Marshal Yanda is one of the greatest Baltimore Ravens of all-time. He doesn’t get the glory that Ray Lewis had. He isn’t as flashy as Ed Reed. Nobody is like Terrell Suggs and Jonathan Ogden may have been the best left tackle in NFL history. Yanda belongs in a category with these four names. Here is why Yanda is the fifth best Ravens player of all-time:

1. A Legacy of consistency:

This will be Marshal Yanda’s 13th season with the Baltimore Ravens. He was drafted in 2007 as a third round pick and he has been a rock for the offensive line ever since.