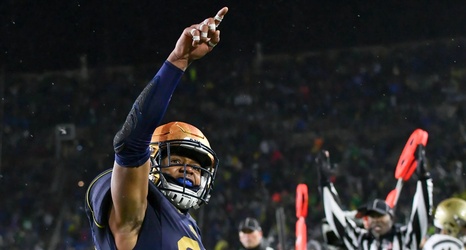 The 2017 Notre Dame Fighting Irish football team included Chase Claypool, Miles Boykin, and Equanimeous St. Brown, but it was actually KJ Stepherson who led the team in receiving yards per game and receiving touchdowns. Stepherson played 17 total games at Notre Dame in 2016 and 2017; he had a total of 44 receptions, 821 receiving yards, and 10 touchdowns. He also had five carries for 76 rushing yards.

At Notre Dame, he played against top-level competition. He played in seven games as a sophomore, and four of those games were against top 25 opponents. He had 112 receiving yards against #21 Stanford, which included an 83-yard touchdown reception.