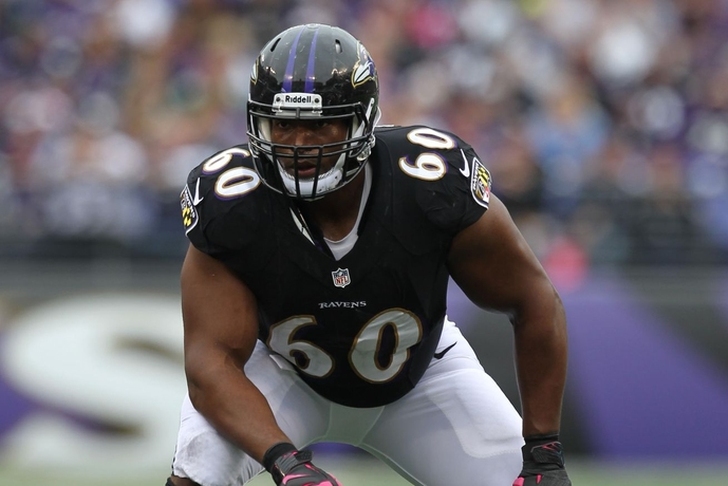 The Baltimore Ravens have released OT Eugene Monroe. The Ravens had tried to trade him, but a deal with the New York Giants wasn't able to be completed.

The Ravens drafted OT Ronnie Stanley in the first round this year, and it appears the Ravens will start Stanley. It's unclear what the Giants offered for Monroe, who would have started for them. The Ravens will likely start Stanley at left tackle and Ricky Wagner at right.

Monroe was set to count $8.7 million against the cap, and $8.95 million each of the next two years. The Ravens save $6.5 million with his release, per Overthecap.com. The money may have been the reason why a trade with the Giants failed.

The Ravens have held Monroe out of practice recently, as they've attempted to trade him. Monroe believes the Ravens desire to move him was at least due in part to his advocacy for marijuana.

Monroe is aging, but should find a new home relatively soon. He's a starting caliber tackle. The former No. 8 overall pick has battled injuries in recent years.