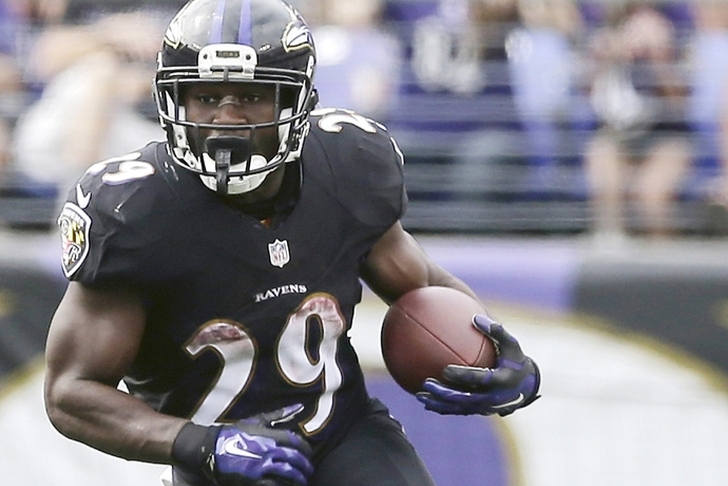 The Baltimore Ravens will be without starting RB Justin Forsett for the rest of their game against the St. Louis Rams. The Ravens announced Forsett would not return after fracturing his arm Sunday.

Forsett's injury could very well be a season-ending one. Rams DT Aaron Donald burst through the line and threw Forsett on the ground, resulting in Forsett's injury.

With Forsett out, the Ravens will turn to backup Buck Allen. He's carried the ball just 42 times for 182 yards this season.

The team has the newly-added Terrance West on the roster. West is on his third team this season, having bounced from the Browns to Titans to Ravens.

Forsett had carried the load for the Ravens' running game all season long. He had racked up 615 yards and two touchdowns on 147 carries this season. He had four carries for 26 yards before going down.

It's been an injury-filled season for Baltimore. The team never got a snap out of WR Breshad Perriman. Baltimore also lost LB Terrell Suggs and WR Steve Smith to season-ending injuries.