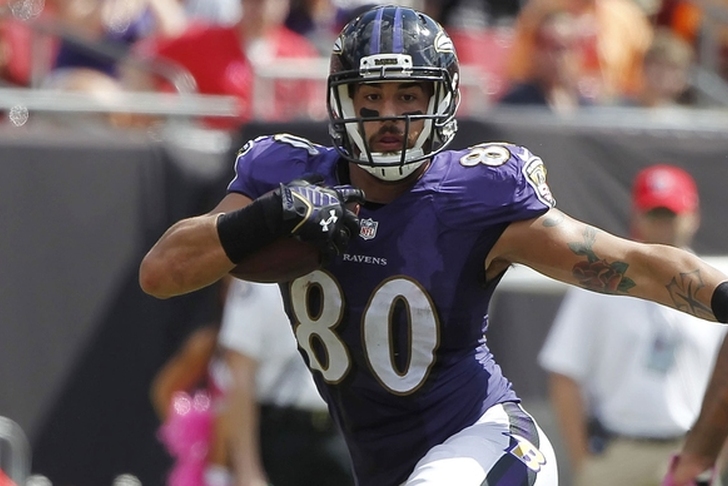 The first play after a scrum in the Baltimore Ravens vs. Washington Redskins preseason game on Saturday night which saw both Ravens receiver Steve Smith Sr. and Redskins cornerback Chris Culliver get ejected, Ravens tight end Crockett Gilmore drew everyone's attention away from the ejections and towards him.

Seeing extended playing time with rookie tight end Maxx Williams sitting out for undisclosed reasons, Gillmore streaked down the seam and hauled in a pinpoint pass for a 33-yard score.

After the reception, Gillmore shook off a hit to the ribs, a high-hit attempt by a second Redskins defender and a closing attempt by Washington linebacker Keenan Robinson before diving into the end zone. He had a quip ready when asked about Robinson's tackling attempt after the game, calling Robinson "a mosquito."