Game-By-Game Prediction Of The Baltimore Ravens' Record For 2018 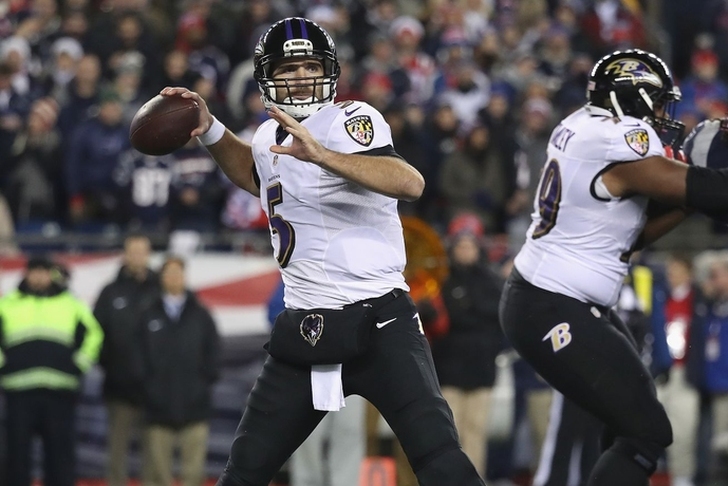 The Baltimore Ravens missed out on the playoffs for the third consecutive season, something that doesn't sit well with the coaching staff and front office. However, they don't feel as if they're that far away from being a contender in the AFC North. Will they return to the postseason? Here's a game-by-game prediction of the Ravens schedule this year:

The Bills don't have many offensive weapons and are rebuilding their defense. Joe Flacco and Baltimore's offense should have a field day against them.

The Bengals are rebuilding in their own right but still have the talent to earn a season split with Baltimore. With that in mind, I have them winning the game in Cincinnati.

The Steelers have been one of the best teams in the AFC for the past decade and a half and have plenty of star power. But, these two teams always seem to split their rivalry series no matter what. I'll give Pittsburgh the nod at home in this one.

Tennessee is a really good team who made a number of additions this offseason - namely Dion Lewis and Malcolm Butler - that made them even stronger. Playing in Tennessee will hurt Baltimore as well.

While the Saints did not make many additions this offseason, they didn't need to. They found a number of key young players on defense to complement one of the most explosive offenses in the league. Baltimore simply won't be able to keep pace on the scoreboard.

Carolina has the pass rushers to get after Flacco along with the offensive weapons to test the defense. I see the Panthers winning a close game at home.

The Ravens earn the split against Pittsburgh in front of their home crowd.

Second game against the Bengals coming off a bye week. the Ravens will earn the split.

I expect the Raiders to compete for a playoff spot with a major bounce-back year. Even in Baltimore, Oakland's passing game will have success against a questionable Baltimore secondary.

Atlanta is primed to be one of the league's best teams again in 2018 thanks to their growing defense and explosive offense. They simply hold a major talent advantage over Baltimore.

Kansas City has won the AFC West two years in a row and is the favorites to win it again in 2018. Arrowhead is an extremely tough place to play, and even though the Chiefs have questions at quarterback with Patrick Mahomes, they have a multitude of weapons on offense and still have a top defense.

Jameis Winston turns the ball over. A lot. As long as Flacco and the Ravens take care of the ball and rely on their defense, they should win this game comfortably.

The Chargers are quietly building a playoff-caliber team in Los Angeles. With Baltimore traveling across the country and out of playoff contention, I don't think they'll have the motivation necessary to win.

Could this be Lamar Jackson's first NFL start at quarterback? Even if Baltimore experiments with younger players like him, they should still beat the Browns.