The 5 Toughest Games On The Baltimore Ravens' 2015 Schedule 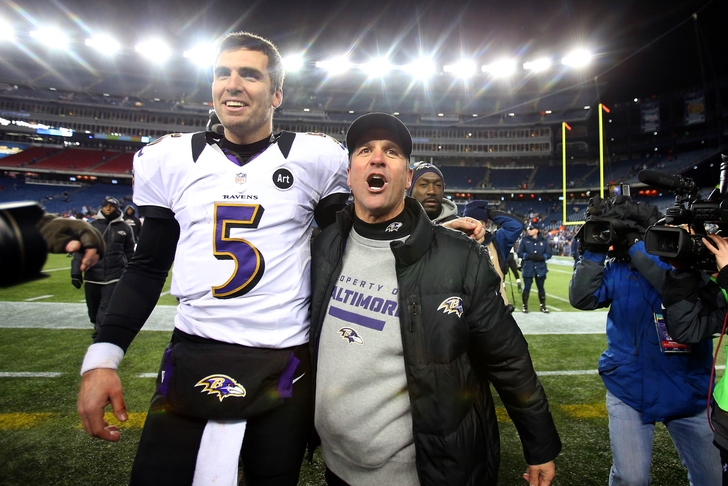 The Baltimore Ravens have a tough road ahead of them in their quest to make it back to the NFL Playoffs next season. These are the 5 toughest games standing between the 2015 Ravens and a postseason berth.

This game may not look like much on first glance, but this is a Dolphins squad that may be playing for coach Joe Philbin's job come December. Miami has a talented, underachieving roster which is overdue for a breakout. 2015 may provide that opportunity.

Arizona's defense remains one of the toughest, grittiest units in the league. The offense has questions to answer as the team assesses Carson Palmer's health, but a Monday Night game against a swarming Cards D will be tricky either way.

You can substitute this game for the team's contests against 2014's third AFC North playoff entrant, the Cincinnati Bengals. However, this late-season home clash will likely have major division championship implications written all over it. Home field or not, this is going to be a war.

Unless this game somehow gets flexed out by NBC, this will be one of the marquee Sunday Night Football clashes of 2015. The Seahawks are easier to beat outside of CenturyLink, but they're still the defending NFC champions and they're still immensely talented.

Going up against a determined Peyton Manning at any time during his likely NFL swansong is a recipe for an offensive fireworks display. It's going to be tougher playing him on the road in a season opener with a giant offseason-sized chip firmly planted on his shoulder.