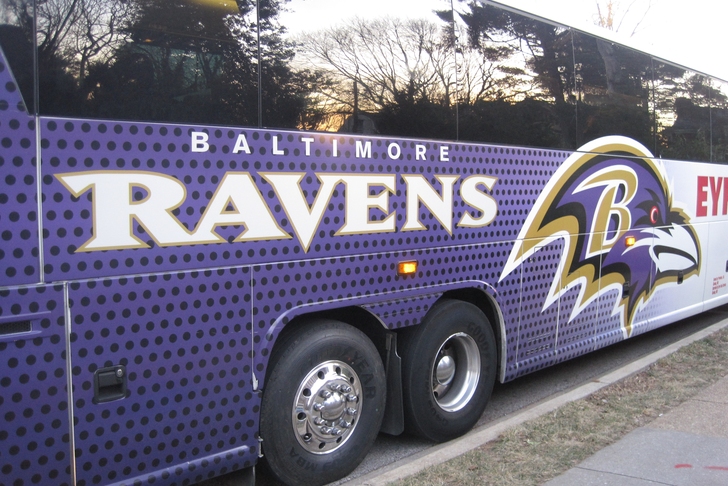 In this Ravens news update, one of the Baltimore Ravens' six buses on site in New Orleans for Monday's matchup with the Saints was involved in a minor accident on Sunday.

Per a CSN Baltimore report, "it appeared that one of the buses in the caravan made contact with an automobile. Both the bus involved and the car driven by a female motorist stopped after the accident, while the other five buses proceeded to the hotel."

Just five minutes later, the bus reportedly rejoined the caravan and all six buses made it back to the team hotel without further incident.

Here's CSN's Brent Harris with a full transcription of the Ravens' statement on the matter:

Ravens on bus accident: "One of our team busses was involved in a minor collision after being hit in the rear by a car at a slow speed....

Ravens on bus accident: (cont) "There was no damage to the bus, nor did the driver of the car or anyone on the Ravens' bus sustain injury."

Ravens on bus accident (cont) "Everyone is ok and we've arrived safely at our hotel."