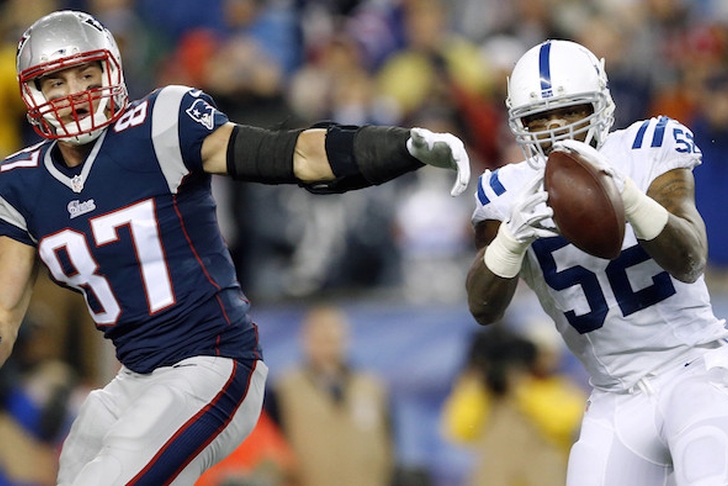 The Baltimore Ravens tipped off the Indianapolis Colts about the New England Patriots deflating their footballs, according to FOX's Jay Glazer.

The report states that the NFL was already planning on evaluating New England's football's at halftime before D'Qwell Jackson intercepted Patriots quarterback Tom Brady and discovered the issue.

The NFL is still investigating what is now known as "Deflategate", but an ESPN report came out Tuesday night claiming that 11 of the footballs were under-inflated.

Deflating a football can change the way it's gripped by a player or the way it travels through the air, and can give a team a small competitive advantage. The deflated balls ultimately didn't affect the outcome of the AFC Championship Game, as the Patriots beat the Colts 45-7.

Each team provides the balls each game for use when its offense is on the field under NFL rules. The footballs are inspected prior to the game, and are then handled by some of the home team's personnel from that point on.

Troy Vincent, the NFL's executive vice president for football operations, told the AP the "investigation is currently underway and we're still awaiting findings," and he expects the probe to finish by the end of the week.