Ravens Rumors: Torrey Smith Says Goodbye To Baltimore, On His Way To 49ers? 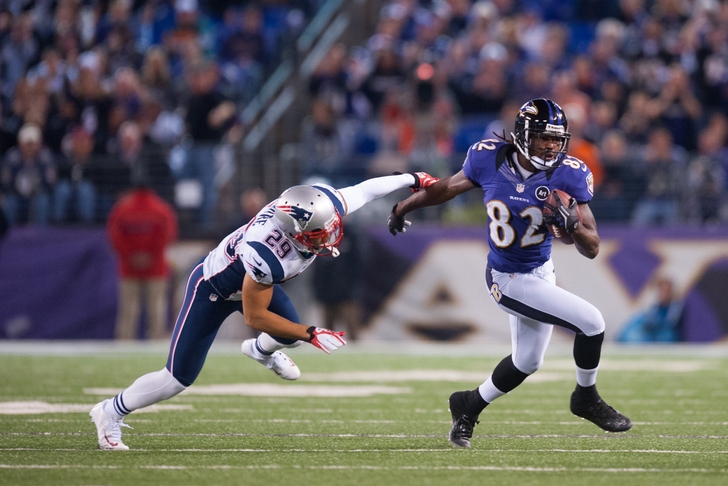 Torrey Smith isn't tipping his hand as to where he'll be playing in 2015, but he does know for sure that it won't be with the Baltimore Ravens.

“I will be playing for a different organization, but I will remain committed to the City of Baltimore,” Smith wrote in an open letter on Sunday, via NBC's Pro Football Talk. “I will continue to give back and help build a better future for our young men and women. MY COMMITMENT TO THE CITY IS FOR LIFE. This isn’t a goodbye because I will still be around and Baltimore will continue to be my home in the offseason and when my career is done. I’m on to the next chapter of my life and football career, but I will see you guys later.”

Smith spent four seasons in Baltimore, hauling in 30 touchdown passes (11 in 2014) while appearing in all 64 of the Ravens' regular-season games.

While Smith didn't specify where's he likely to continue his career after Baltimore, reports have surfaced that he's ready to sign on with the San Francisco 49ers once free agency officially opens up on Tuesday.