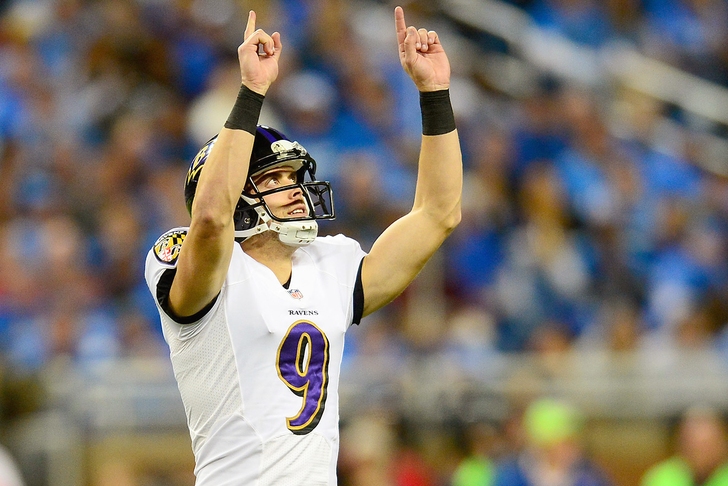 Baltimore Ravens kicker Justin Tucker has proven himself as one of the top legs in the NFL. Now, headed into restricted free agency, it's up to the Ravens to offer him the long-term security befitting of one of the league's best kickers.

"I can tell you right now at this point in time for me, it's a matter of letting the process take care of itself," the 2013 NFL Pro Bowl selection said, via Aaron Wilson of the Baltimore Sun. "There's nothing more that I can do at this juncture. I've done everything I can do. What I can tell you is I would be extremely excited and blessed to continue my journey with the Ravens and win a bunch more games with these guys.

"Every single person in this building, I've got a relationship with so many people and there's so much positivity there, I would love to continue to be around. I'll let the pieces of the puzzle come together on their own and we'll see what happens at the start of the league year."

Tucker has been one of the NFL's best kicking bargains for years, making 97 of 108 field goals (89.81%) while working on a three-year, $1.451 rookie contract with no signing bonus. While he's keeping things in perspective, Tucker would love to sign a long-term extension with the team at a fair price.

"Absolutely, I think when you take a step back and look at it from the big picture and think long-term, that would just be great to know what's going to go on for the next several years as opposed to the next few months or next year," Tucker said. "When you think about it from a general perspective, it feels and sounds great for me personally. I've really enjoyed my time in Baltimore and would to continue it. I think it's just a matter of everybody getting something together and discussing it."