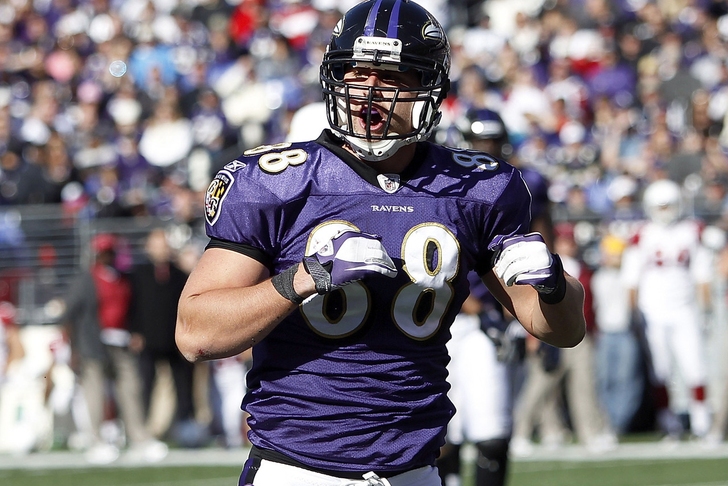 In this Ravens news update, the Baltimore Ravens might have to move forward without one of their most prized weapons, as tight end Dennis Pitta could be out for significant time with a hip injury.

Per Ian Rapoport of NFL Network, Pitta's injury (suffered in the second quarter of Baltimore's 23-21 win in Cleveland) will be the subject of further tests on Monday:

Pitta crumpled to the ground after he lost his balance without being hit in the process of a catch. He was subsequently stretchered to the locker room, before being transported to Cleveland's University Hospital for tests.

"I don't know how serious it is," Ravens coach John Harbaugh said, via Jamison Hensley of ESPN.com. "I haven't heard. He told me on the field that it wasn't as bad as before. I don't know what that means. I'm just going to be praying and hoping for the best there. That's just so disappointing."

Owen Daniels will take Pitta's place in the offense. He already has experience in Gary Kubiak's offense as a member of the Houston Texans.