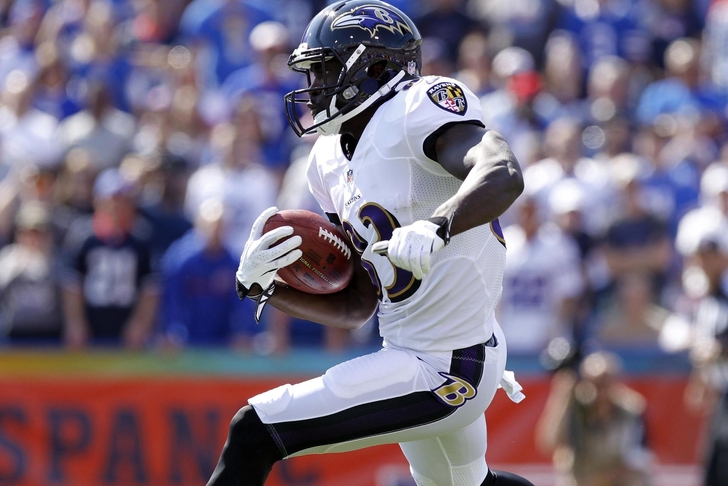 In Ravens news today, Baltimore Ravens wide receiver Deonte Thompson has been fully cleared of misdemeanor marijuana possession -- a charge which was originally pursued as a felony.

Per Mike Florio of Pro Football Talk, "according to Jamison Hensley of ESPN.com, the case against Thompson was dismissed due to insufficient evidence."

Thompson was arrested on February 21st along with two other men. In Florio's words, "Thompson had a duffel bag with marijuana in it.  Thompson said the marijuana in his duffel bag wasn’t his marijuana.  The other two men said it was theirs."

The police still enacted charges on the Baltimore Ravens wideout, originally slapping him with a felony drug charge. Now, it looks as if Thompson won't be hassled by the authorities on this issue any longer.

However, on a side note, Thompson could still face disciplinary action either from the Ravens or the NFL, as the NFL's substance-abuse policy also encompasses "behavior" which could implicate possible drug use -- such as having a duffel bag full of someone else's marijuana.