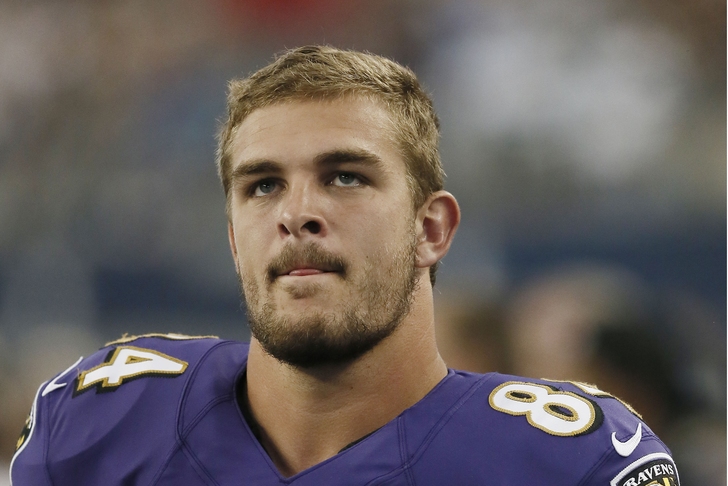 The Baltimore Ravens have re-signed reserved tight end Phillip Supernaw, as the exclusive-rights free agent signed his tender with the team, per a team announcement on Friday.

Supernaw, 25, appeared in six games for Baltimore in 2014, hauling in just two passes for 27 yards. In addition to his time in Baltimore, Supernaw has had cups of coffee with the likes of Kansas City (2014) and Houston (2013).

As Pro Football Talk's Mike Wilkening points out, "tight end could be a position the Ravens address in the draft after losing Owen Daniels to Denver and with Dennis Pitta coming off a second significant hip injury. If Pitta cannot recapture his best form, second-year pro Crockett Gillmore could be the top target at the position."

While Supernaw likely won't factor in to the team's plans at the top of the depth chart, he could see extended playing time if Dennis Pitta can't come all the way back from his hip injury.