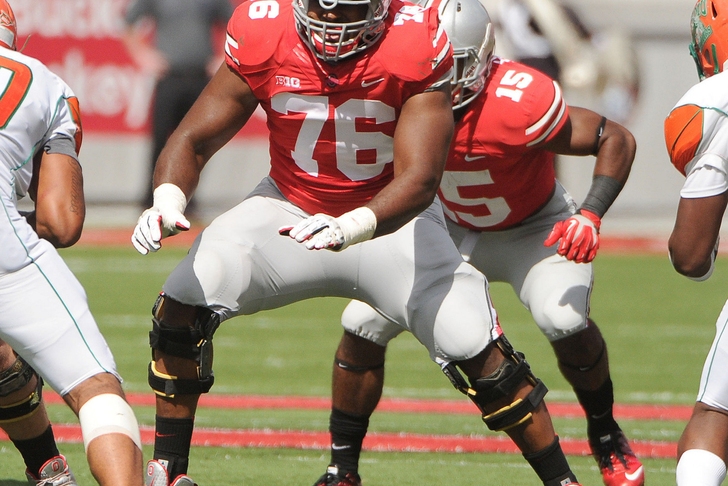 The Baltimore Ravens have added 15 undrafted free agents to the mix, per an announcement by GM Ozzie Newsome on Friday.

Here's a breakdown of all of the names signed, courtesy of BaltimoreRavens.com:

Baldwin saw action in 48 games (15 starts) for the Buckeyes...Earned honorable mention All-Big Ten honors after starting all 15 games at right tackle for the National Champion Buckeyes as a senior in 2014...Helped anchor an O-line that led the Big Ten in total offense (511.6 ypg) and scoring (44.8 ppg) and ranked second in rushing (264.5 ypg).

Johnson played in 52 games for the Scarlet Knights, finishing his career by starting 50-consecutive games along the O-line...Named honorable mention All-Big Ten by the media and the league’s coaches, while being named third-team All-Big Ten by Phil Steele after starting all 13 games at left guard as a senior in 2014...Also earned the Iron Knight Award at the team’s banquet, which is presented to the player who has demonstrated an exceptionally high level of mental and physical toughness throughout his career.

Magee played in 40 games (one start) in his four years with the Tigers, rushing for 1,330 yards and 12 touchdowns and netting 24 receptions for 271 yards…As a senior, he was given the honor of wearing the coveted No. 18 jersey. The No. 18 tradition started with QB Matt Mauck in 2003 when he led the Tigers to the National Title. Since then, the player who most represents what it means to be an LSU Tiger – on and off the field – is awarded the No. 18…In 2014, he saw action in 13 games (one start), finishing with 571 rushing yards and three touchdowns on 112 carries (5.1 avg.).

Wesley played in 25 games (22 starts) at right tackle for BYU after transferring from Diablo Valley (Pleasant Hill, CA) Community College...As a senior in 2014, he started all 13 games on a Cougars’ O-line that helped the offense average 181.8 yards rushing, 278.7 yards passing and 37.1 points per game – more points than any previous BYU attack since 2001…Earned first-team All-Independent honors by CollegeSportsMadness.com, helping BYU achieve its 10th-straight bowl invitation.

Appeared in 48 career games (22 starts) during his career at Oklahoma, recording 99 tackles (76 solo), 6.5 tackles for loss (-21 yards), four interceptions (100 return yards, including one INT-TD) and 15 passes defensed...Named second-team Academic All-Big 12 as a senior in 2014 when he played in 11 games (nine starts), recording a career-high 39 tackles (32 solo), one interception (returned 100 yards for a TD) and seven passes defensed.