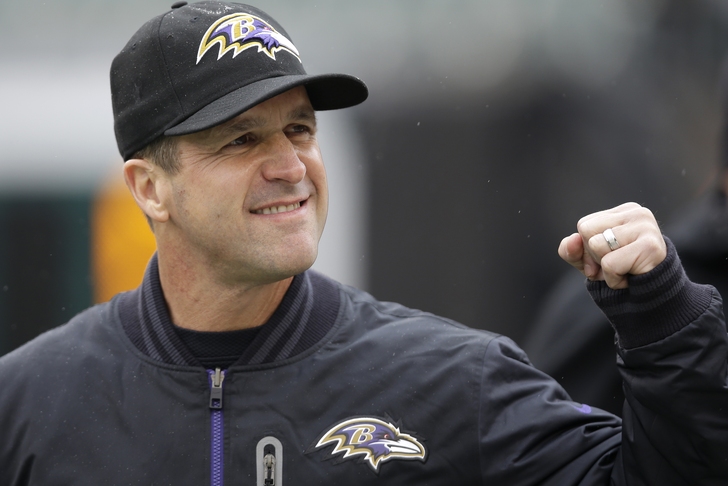 On Sunday night, the Baltimore Ravens issued a statement complaining about CBS Sports' decision to broadcast comments made by Ravens head coach John Harbaugh after they were explicitly asked not to air said comments.

Harbaugh, firing up his team after a big 21-7 win over the Tennessee Titans, told his team that the rival Pittsburgh Steelers "got their ass kicked" by a struggling New York Jets team.

Despite that comment leading to some grumbles from Pittsburgh, Harbaugh isn't worried about the Steelers' response to his speech.

“I never gave it any thought, one way or the other,” Harbaugh said, via ESPN and NBC's Pro Football Talk. “You’d like to have your 10 minutes of private time with your team. We’re going to talk to our team in an honest and straightforward way. We’ll tell them what we think. Our guys deserve to hear that. I’m quite sure nobody’s offended by that. I don’t think any other team in the league cares what a coach says to his team after a game. I’m not too worried about that.”

Regardless of the controversy surrounding his comments being leaked by CBS despite a specific expressed desire to keep thing in-house, Harbaugh remains fine with the idea of cameras being inside the locker room after games.

“I don’t really have a total say in that," Harbaugh said. That’s one of the great things about the NFL is the access that the fans get. You’d like to have a moment with your guys, but I’m not going to say anything in there that I’m going to be ashamed about."