It won't be pretty: Ravens try to right the ship against the Browns 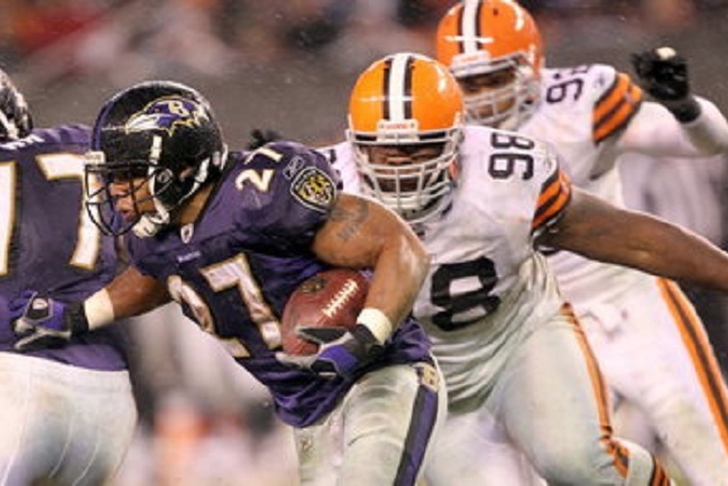 For the second time this season, the Baltimore Ravens and Cleveland Browns will meet Sunday, this time in Cleveland. In their week two matchup in Baltimore, both teams looked bad.

The Browns went into halftime with a 6-0 lead thanks to two Billy Cundiff field goals (Of course. Now he can hit his field goals...), only to see the Ravens score two second-half touchdowns while holding the Browns scoreless for the remainder of the game to win by a final score of 14-6.

But boy was that an ugly game to watch.

The Ravens couldn't score in the first half, which hasn't been a rare occurence this season. In addition to this game, Baltimore went into the locker room at halftime with a "0" on the scoreboad in their week six matchup with the Packers. They also failed to get in the endzone in the first half of their week seven game in Pittsburgh, putting only two field goals on the board; and only managed seven first-half points in Buffalo in week four.

The Browns put together a few drives early in the week two meeting, netting the two field goals. But after that, the Ravens defense shut down Cleveland's offense and kept them off the scoreboard.

Both offenses were anemic, though, to say the least. Neither team could reach 300 yards of total offense, and the two combined for just four trips to the red zone.

A win is a win, and the Ravens would gladly take the W any way they can get it; and so would the Browns, for that matter. Baltimore (3-4) comes into this game having lost three of their last four, and Cleveland (3-5) has lost three straight themselves.

And with the division-leading Cincinnati Bengals losing Thursday night in Miami, the winner of Sunday's matchup will claim second place in the AFC North at the halfway point of the season, and would game an all-important game on the current division leaders.

A win would go a long way for the Ravens especially, as they could carry the momentum into their meeting with the Bengals next week at M&T Bank Stadium. But they will have to put up with a scrappy Browns team to earn it.

n the week two matchup, Brandon Weeden was the Cleveland quarterback and Trent Richardson was the starting tailback. But this weekend, veteran Jason Campbell will get the start at quarterback for the Browns, and Richardson, who was traded to the Indianapolis Colts in mid-September, has been succeeded by a running committee headed by former Raven Willis McGahee and Chris Ogbonnaya.

Although the Browns have had quarterback problems recently and have lost three straight games, they did play a hard-fought game against the undefeated Kansas City Chiefs last week in a 23-17 game that was up for grabs down the stretch. So the Ravens can't afford to look past the seemingly-weakened team.

And while Cleveland's current quarterback and running-back tandem didn't play in the week two matchup, neither did their best receiver, the explosive Josh Gordon, who could give a vulnerable Ravens secondary some serious trouble.

But one thing that is working in Baltimore's favor is that they're coming off their bye week, allowing them extra time to work on improving in certain areas and to get healthy. The Ravens are healthier now than they've been all season, with a minimal number of players dealing with nagging injuries.

And with both offenses struggling, the excellent play of the Ravens defense as of late may prove to be the difference. Baltimore's D kept Cleveland out of the end zone in their week two meeting, and has only given up five touchdowns in their last six games (the fewest in the NFL over that span).

will enter Cleveland with an NFL-high 15-game streak with at least two sacks. Outside linebacker Elvis Dumervil, who ranks second on the team with 5.5 sacks, will lead the pass rush against the Browns, against whom he has 10 sacks in five career games.

No matter how inconsistent the Ravens offense has been, I trust them more than the Browns offense. And with the defense backing them up, the Ravens should have enough to pull out a win.

Head coach John Harbaugh is 5-0 coming off a bye week, and should make it 6-0 after Sunday. There's nothing that indicates that this game will be any prettier than their first matchup of the season, but let's try our best to enjoy in anyway. Ravens 20, Browns 16.