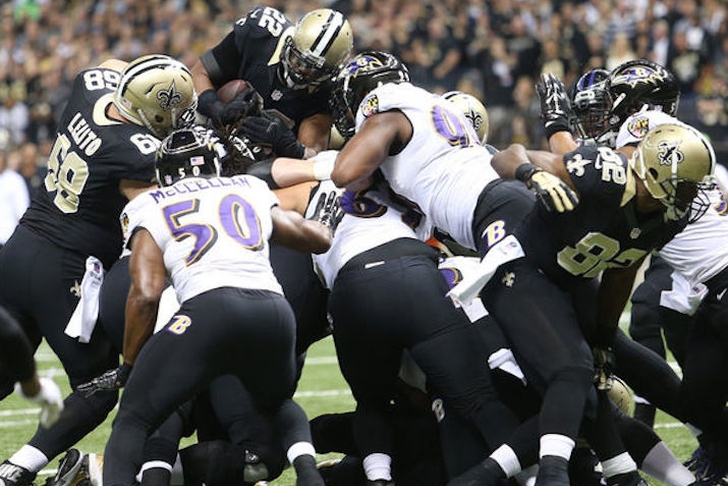 Baltimore and New Orleans traded scores in the first half, but a late touchdown by the Saints gave them a 17-14 lead going into the break. The Ravens responded by dominating the second half, going on a 13-0 run to take a commanding lead they used to grab the victory.

With the game tied 17-17 halfway through the third quarter, Baltimore safety Will Hill intercepted Saints QB Drew Brees and returned it 44 yards for the touchdown. That gave the Ravens a lead and shifted all of the momentum to their side.

New Orleans converted on only five of their 12 third-down attempts. The Saints were unable to stay on the field and extend drives because of that, and were forced to settle for field goals instead of touchdowns.

Running back Justin Forsett was the difference maker for the Ravens in this contest, rushing for 182 yards and a two touchdowns on only 22 carries.

Brees was forced to carry the offense again, throwing for 420 yards and three touchdowns. While he played well, the Saints defense couldn't do enough to keep them in the game.

Baltimore returns home to face the San Diego Chargers on Sunday, while New Orleans travels to Pittsburgh to face the Steelers.