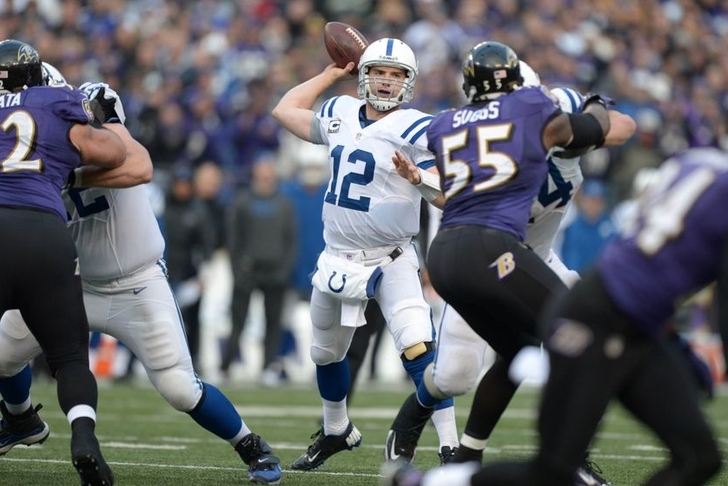 After a rough first half for both offenses, the Ravens came out of halftime and immediately turned the ball over, setting up the Colts offense.

Baltimore's defense kept the Ravens afloat while the offense struggled all day. With a goal to go situation for the Colts offense, the Ravens tipped Luck's pass at the line, intercepting it and keeping them in the game late in the third.

They forced another takeaway a few minutes later, setting up a Ravens field goal to get them within a touchdown at 13-6.

The offenses finally got rolling in the fourth, trading touchdowns within a matter of minutes on a Luck 13 yard scramble, followed by a Justin Forsett 11 yard run.

Turning Point: After the Ravens recovered a fumble to give Flacco and the offense a chance to tie the game with a late score, a fourth down pass intended for Torrey Smith was thrown just off his fingertips.

With no timeouts left for the Ravens, the Colts were able to run out the clock for the win.

It's not often that a defensive player is the MVP, especially on a losing team, but the Ravens offense was so bad that no one deserved it. Mosley did however, as his tipped pass led to an interception that kept Baltimore in the game until the end.

It wasn't the best game for luck, as he turned it over twice, but he did enough to lead the Colts to their third win of the year.

The Colts have a short week when they travel to Houston for Thursday Night Football. At 3-2 and on a two game win streak, the Colts will look to make their move into first place in the AFC South with a win.