From black and gold to black and blue: Ravens will bruise the Steelers in this week's matchup 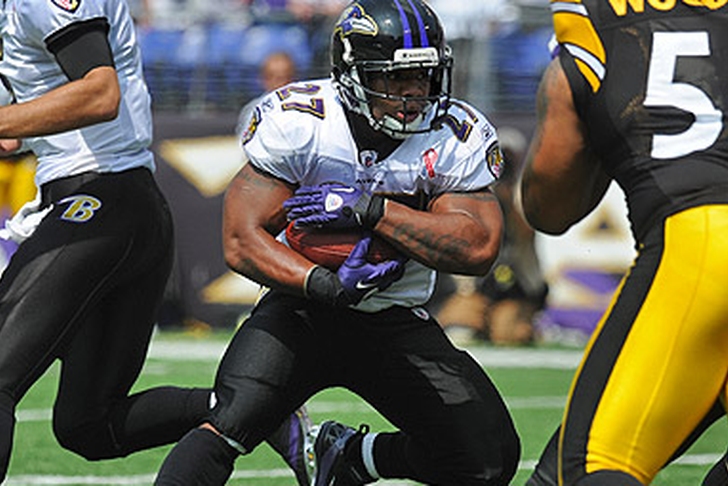 Over the past few seasons, the Baltimore Ravens have habitually overlooked underachieving teams on the road and been caught off-guard in trap games. This week, that underachieving team is the bitter AFC North rival Pittsburgh Steelers, who currently sit at 1-4.

Ask any Raven. There is no overlooking the Pittsburgh Steelers.

We writers try and avoid old cliches at all cost, and scoff when we see them used... That being said, this adage has never been more true than it is today: When these two teams face off, you really can throw the records out the window.

The Steelers' struggles stem from multiple areas, including a horrific offensive line, a lack of consistency in the running game, and quarterback Ben Roethlisberger's lack of comfortablility throwing the ball downfield without former Steelers wideout Mike Wallace.

However, Roethlisberger always steps up and performs at high level against his archrivals from Baltimore, whether injured or surrounded by a lack of talent.

side of the line of scrimmage, Ravens linebacker Terrell Suggs. Suggs always has a little extra pep in his step when it comes to chasing down the Steelers' signal-caller; and this week should be no different for the Ravens' sack leader.

The archetypical Ravens and Steelers teams in the past have been grounded firmly in a strong running game and solid defense, but not so far this season. The Ravens and Steelers rank 27th and 31st respectively in rushing offense this year, and both rank outside the top 10 in points per game allowed on defense.

Both teams have relied heavily on the success of their passing game so far this season. Nevertheless, expect the running game to be a vital part of today's game.

This point can not be overstated: Running back Ray Rice NEEDS to play a significant role in today's game if the Ravens are going to be successful.

But for the most part, there isn't much analysis needed for today's game; just reference previous Ravens-Steelers matchups, and expect more of the same.

The 3-3 Baltimore Ravens have never been under .500 this far into the season under head coach John Harbaugh, and I don't expect that to change this week. Ravens 23, Steelers 16.