Could Ed Reed make a return to the Ravens? 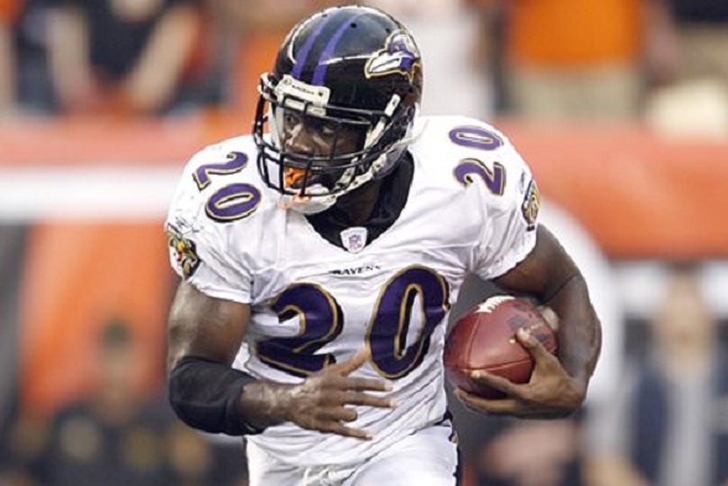 The Houston Texans released safety Ed Reed Tuesday just 10 weeks into the 2013 season. After signing to a three-year/$15 million contract with the Texans in free agency instead of taking a pay cut to stay with the Ravens, Reed played in just seven games this season. Following his release, it didn't take long for many to ask: Could the Ravens bring Reed back to Baltimore?

The short answer? Could they? Yes, they could.

Much to the dismay of Ravens fans who would love to see the future Hall of Famer "manning center field" in the secondary in purple and black once again, as he did for 11 outstanding seasons, the Ravens would be better off not asking for Reed's services.

Yes, the fond memories come rushing back. We recall the ballhawk coming out of nowhere to make countless game-changing interceptions (Actually, we can count them. He has 61.), and vividly picture him taking one of his eight career pick-sixes to the house. And who could forget Reed's signature (and sometimes head-scratching) tendency to lateral the ball at every opportunity?

But as fun as nostalgia can be, it's important to keep in mind that those are indeed memories, and they're in the past. As for the present, though, the story is a much different one.

Reed suited up in just seven of the Texans' nine games this season, netting just 16 tackles on the season to go along with 0 interceptions and 0 forced fumbles. And in their most recent game at Arizona in week 10, Houston decided to start Shiloh Keo at free safety instead of Reed.

It speaks volumes that the Texans thought themselves to be better off paying Reed to just go home rather than staying with the team.

Reed has admittedly lost a step; maybe even two. And while the Ravens, along with teams such as New England and Dallas, have been mentioned as potential suitors, they'd be better of standing pat.

While the Ravens secondary has left little to be desired for much of this season, things look promising. Matt Elam, Baltimore's first-round draft pick selected to replace Reed, is now a full-time starter, is beginning to show serious growth, and will only get better from this point on. And the other starting safety, James Ihedigbo, who got his first two career interceptions Sunday against Cincinnati, has quickly developed into one of the best Ravens on defense.

Some suggest that bringing Reed back would help the young safeties, giving them perhaps the greatest safety the NFL has ever seen as a teammate and mentor. But taking playing time away from either of these young players in favor of Reed will do nothing but stunt their growth.

The only way Ed Reed should come back to Baltimore is via a one-day contract so he can retire a Raven.