Bad News, Bears: The Ravens couldn't get Chicago at a better time 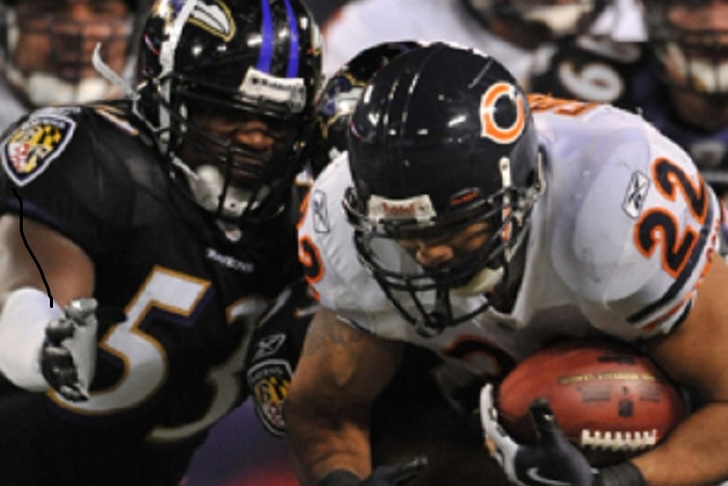 After surviving a late Bengals rally that included a last-second touchdown that had fans thinking "Oh hail no!" that required a Justin Tucker field goal in overtime to secure a 20-17 victory, the Baltimore Ravens travel to Chicago to take on the Bears. And the match-up comes at an opportune time for the Ravens.

In front of their home crowd, Baltimore ended their three-game losing streak by defeating the division-leading Bengals in a game that, while suspenseful and entertaining, wasn't very pretty for the majority of the game.

The Ravens won a game in which Joe Flacco only passed for 140 yards, the team collected a mere 85 rushing yards, and the offensive line gave up five sacks. The two Ravens touchdowns came courtesy of a costly Cincinnati pass interference penalty and an Andy Dalton interception with a personal foul penalty tacked onto it. In fact, the Ravens offense gained only 16 total yards themselves on their two trips to the end zone.

With the offense struggling so badly, all credit for Sunday's win goes to the defense, which played one of the best defensive games in the history of the Ravens.

The Baltimore defense sacked Dalton five times, but constantly (emphasis on the word constantly) collapsed the pocket and put pressure on the Cincinnati quarterback. Dalton also threw three interceptions, with two of them going to safety James Ihedigbo, the first of his career.

Remember before the season started when analysts would say things like "The Ravens defense has lost too many pieces." and "Baltimore will have to be an offensive team this year"?

Turns out that its the Ravens defense that is still the backbone of this team, even with the new faces. This unit has played consistently well, always backing up a sporadic offense.

And the defense appears to hold the advantage in comparison to this year's Chicago defense. While both are historically great defensive organizations, the 2013 Ravens rank 8th in the NFL in points allowed per game (21), while the Bears rank 27th (27.4).

But the most devastating matter for the Bears this week is who will be standing on the sidelines of Soldier Field, rather than in between the hash marks. Quarterback Jay Cutler (high ankle sprain) and cornerback Charles Tillman (torn triceps) will both miss this week's game after being injured in last week's meeting against the Detroit Lions, along with linebacker Lance Briggs (shoulder), who hasn't played since week seven Oct. 20.

The Bears (5-4) enter this week having lost four of their last six games, with their most recent win coming against the Aaron Rodgers-less Green Bay Packers. And with injuries to the team's signal-caller and arguably two best players on defense, things won't get any better.

While Bears fans are worried about the current state of their team, the Ravens will not be sympathetic. Baltimore needs another win to gain both momentum and ground in the AFC playoff race. And with the Bengals and Cleveland Browns also meeting this Sunday, a Ravens win would either move them to just a .5 game behind the division leaders with a Bengals loss or into sole possession of second place with a Browns loss.

The key for the Ravens will be keeping dual-threat running back Matt Forte neutralized, as well as big-play receiver Brandon Marshall. Baltimore seems to have an answer for limiting Marshall, though, as even he himself has admitted that Ravens corner Lardarius Webb has "dominated" him in past meetings. As long as these two offensive weapons don't have monster games, the Ravens should fair well Sunday.

The Ravens have played horribly on the road, but against a weakened Bears team, they should be able to get the job done. Baltimore secured their first win in four games last week to end a three-game slide; I doubt they're ready to start another one Sunday. Ravens 27, Bears 19.