4 Things That Will Decide The Rest Of The Ravens' Season 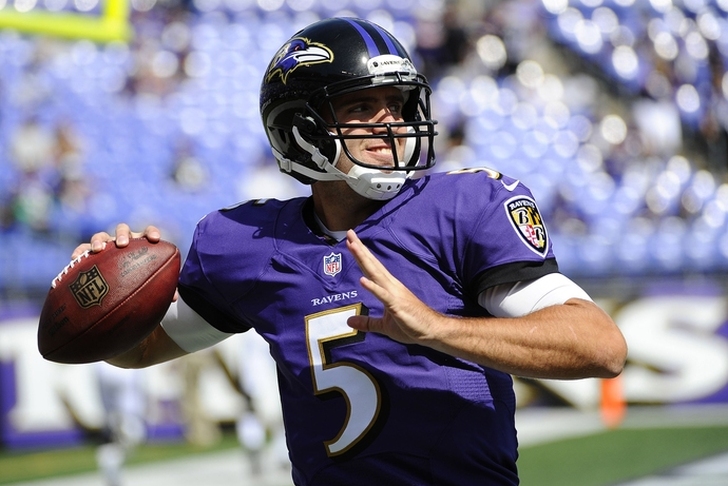 The Baltimore Ravens are 1-4 and mired in last place in the AFC North. Can they turn it around? Is this season doomed? Here's 4 Things That Will Decide The Rest Of The Ravens' Season.

Flacco has eight turnovers through five games and has been an absolute hit/miss proposition for a Ravens team that has needed to him to step up all season long. He hasn't, at least not consistently, and that's a big reason why Baltimore is 1-4. If he can get back into a normalized groove, Baltimore can make a run.

Baltimore is 25th against the pass this year, giving up a robust 278.2 yards per game. Opposing quarterbacks have regularly gashed a thin secondary, abandoning the run sometimes to pick on Ravens corners and safeties. Something's gotta change back there if the Ravens are going to go anywhere.

Forsett rolled his ankle during Sunday's loss to the Browns, putting his Week 6 status in question. However, HC John Harbaugh says it's not a "high-ankle sprain." Whatever it actually is, the Ravens need Forsett and they need him 100%.

Baltimore's got games left against Cleveland, San Diego, Jacksonville, St. Louis, Miami and Kansas City. All of those are winnable games. If they can sweep those, they have a chance at 9-7.