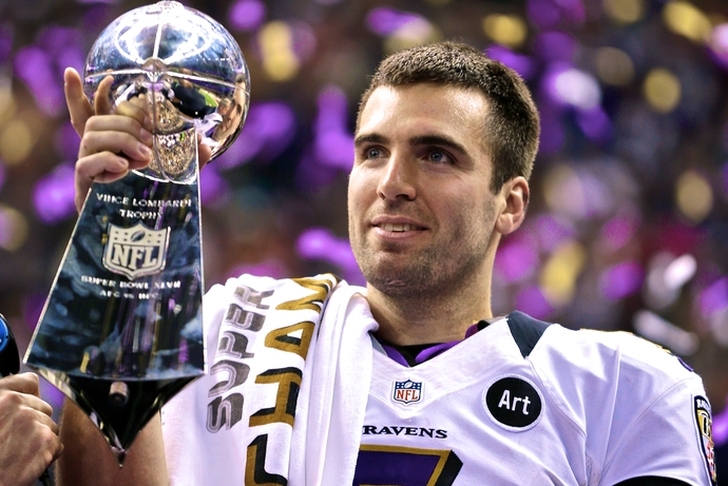 The Baltimore Ravens have missed the playoffs once since 2008, including a Super Bowl win in 2012. The Ravens have a tendency to up their game in the postseason, which will be helpful if they want to win the team's third Super Bowl. Here are four reasons why the Ravens can win the Super Bowl this season.

There are some questions about the Ravens' front seven, but it should be good this season. Haloti Ngata is gone, but Timmy Jernigan should be able to replace him. Brandon Williams is underrated and might be the team's best lineman. Chris Canty is aging and injury-prone, but still a serviceable starter. Rookie Carl Davis could make an impact. At linebacker, Terrell Suggs and Elvis Dumervil are great pass rushers, but are aging. Courtney Upshaw and rookie Za'Darius Smith should be able to keep them fresh. Daryl Smith is getting older, but C.J. Mosley is a stud at MLB.

Marshal Yanda is often overlooked, but he's one of the best guards in the league. He and Kelechi Osemele form a strong duo. Rick Wagner took a big step forward at right tackle last season. Center Jeremy Zuttah isn't the best against nose guards, but he does well everywhere else. The Ravens are expecting big things out of left tackle Eugene Monroe this season. The line should have no problems giving Joe Flacco time and opening up holes for Justin Forsett.

John Harbaugh is one of the best head coaches in the NFL. He consistently gets the most out of his team. Aside from Bill Belichick, Harbaugh might be the best coach in the AFC. As long as Harbaugh is in charge, the Ravens should be playoff contenders.

Regular season Joe Flacco is pretty good. Playoff Joe Flacco is among the best QBs in the NFL. He has more playoff road wins than any other QB in NFL history. If the Ravens reach the playoffs, Flacco will take his game to another level.