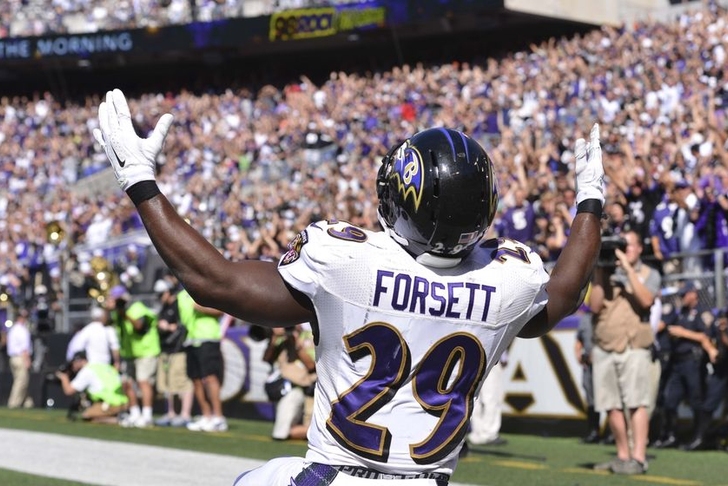 There are important NFL players and then there are the players who shoulder the fate of their teams based on day-in, day-out performance during the season. These are the latter. Here are the 3 Players Who Will Make Or Break The Baltimore Ravens' 2015 Season.

Jernigan did a bang-up job with Haloti Ngata out for the last four games of the 2014 season, ultimately finishing as the 6th-best 3-4 defensive end in the NFL in run-stop percentage according to Pro Football Focus. To put that into perspective, Ngata finished 31st. In addition, Jernigan was a BEAST for the Ravens' pass rush, seemingly causing havoc on every single play that he got an inch or two of separation off his blocker. With Ngata gone, it's up to Jernigan to build off his banner 2014 and cement over the hole left by Ngata's departure.

The good news for Forsett is that the Ravens will continue to run zone blocking schemes for him, allowing the former role player to play to his strengths as a read-and-react back. Forsett is an interesting case in that he found his sea legs as a feature back in his age-29 season, and the team's running game will be counting on the Cal product to build on said momentum with a productive 2015 campaign. If so, the offense will be as formidable as it was at its peaks in 2014 if not more so.

Perriman is an athletic marvel who basically amounts to the recently-departed Torrey Smith if Smith was bigger, faster, and much stronger off the break. In a league where the likes of Sammy Watkins, Odell Beckham Jr. and others are expected to enter the league as ready-made superstars, Perriman's going to have a bright spotlight on him as he finds his way in the Ravens offense. While Baltimore has depth behind Perriman to back him up if/when the growing pains crop up, the present and future of the team's wide receiving corps rests on his shoulders.