3 Reasons To Be Optimistic About The 2015 Baltimore Ravens 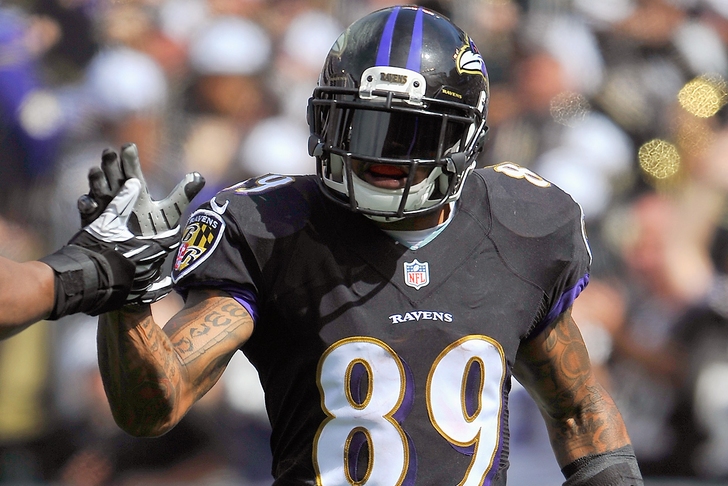 The Baltimore Ravens are once again on the cusp of Super Bowl greatness after their playoff run last season, and there's no reason to think that 2015 won't mark the ascent of the Ravens back to the top of the NFL mountain. Here's 3 Reasons To Be Optimistic About The 2015 Baltimore Ravens.

QB Joe Flacco was sacked just once in the team's two playoff games last postseason, and that was emblematic of a 2014 campaign that saw the O-line dominate both in run blocking and against the pass rush. It only promises to get better with young right guard John Urschel and left tackle James Hurst having a year of NFL experience under their belts.

2. The Confidence Of Steve Smith Jr.

Smith was in full 'eff you' mode in 2014, catching 87 passes for 1,110 yards and seven touchdowns while showcasing a pure confidence that was infectious for the entire team. Having a veteran like Smith ready to go to battle each and every day is a huge advantage for a Ravens team already stacked with great character guys.

3. One Monkey Off Their Backs

The Ravens may have seen their season come to an end against Tom Brady and the eventual Super Bowl champion New England Patriots, but last season's playoffs should be remembered for the game before that. Baltimore finally beat the Pittsburgh Steelers in the playoffs, and they did it in dominating fashion. That's reason enough to wear a Cheshire Cat grin heading into this coming campaign.