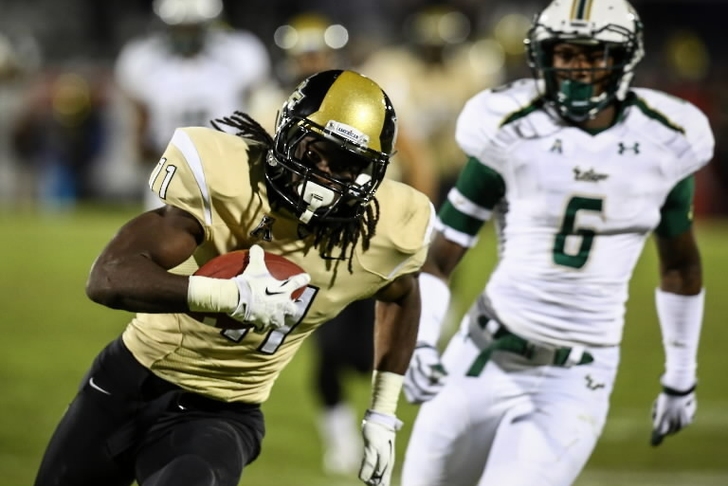 With the 26th pick in the 2015 NFL Draft, the Baltimore Ravens select Breshad Perriman out of UCF.

Perriman was a first-team All-American Athletic Conference performer in 2014 after posting 50 catches at a eye-popping 20.9 yards per average along with nine touchdowns. The first UCF receiver to have a 1,000-yard season since Mike Sims-Walker back in 2008, Perriman has a school-record 91-yard touchdown on his resume and an earned reputation as a big-play threat.

An ideal NFL prototype thanks to an impressive height, weight, and speed combination, Perriman is lightning fast off the snap and forces cornerbacks into chase mode right off the bat. He has excellent route-running skills for a big receiver, turning on a dime when he needs to break off routes and come to the ball. Perriman uses his body to bully smaller cornerbacks on the outside and his ability to get over the top has NFL scouts salivating over his potential. He struggles with drops, but if he gets those under control, he’s an elite athletic specimen waiting to break out.