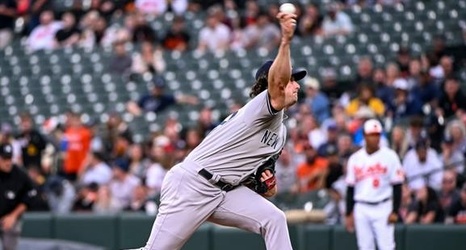 On a night when their bats were held in check, the New York Yankees found another way to win.

New York managed only six hits, but a three-run first inning that featured a sprint from second to home on a wild pitch proved enough to squeeze out a victory.