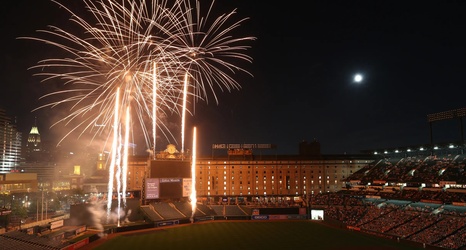 Tonight at Camden Yards what’s happening off the field is almost more exciting than the game itself. Baltimore is celebrating 30 years at Oriole Park, which officially opened for business on April 6, 1992. That day, the 35-year-old Rick Sutcliffe, who was not totally recovered from a bout of food poisoning, pitched a five-hit complete-game shutout.

There’s a bunch of festivities scheduled for tonight. The first 15,000 fans get a commemorative T-shirt and, prior to the game, there will be a ceremony honoring some of the greatest Orioles of the past three decades, including Sutcliffe, Robert Andino, Mike Devereaux, Jay Gibbons, Chris Hoiles, Ubaldo Jiménez, Rodrigo López, Cedric Mullins, Eddie Murray, Mike Mussina, and Jeff Reboulet.