Saturday Bird Droppings: Where we are still in awe of Cedric Mullins 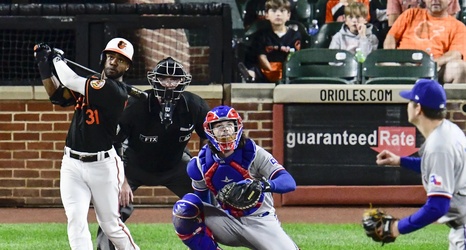 The Orioles’ centerfield reached the 30/30 mark during Friday night’s loss to the Rangers. He is the first player in franchise history to put on this sort of display of power and speed in a single year.

It’s simple enough to be amazed by the numbers alone. Think about the type of players that normally hit 30+ home runs. They don’t usually look like Mullins. Bryce Harper has 33 homers this year, Giancarlo Stanton has 32, Jose Abreu’s only got 29.