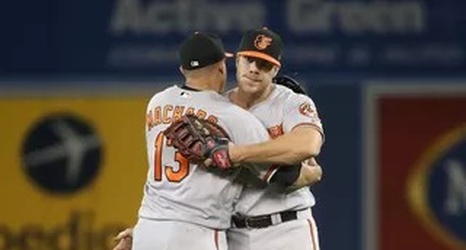 Well, will you look at that - another morning the Orioles are in sole possession of first place in the American League East. I could get used to this.

It’s the anniversary of the first Orioles game in Baltimore of the current iteration, played in 1954 at Memorial Stadium. I may be old, but even I wasn’t around for that one.

It’s also Jackie Robinson Day across MLB, so every player will wear a #42 jersey without name to honor the legacy of the man who broke the color barrier in MLB after World War II.