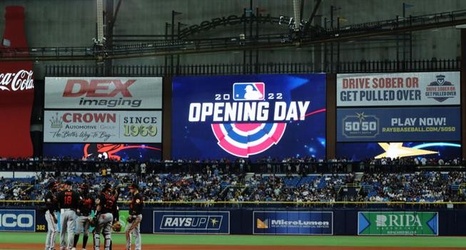 Wander Franco, Randy Arozarena and the young, exciting Tampa Bay Rays are off and running again.

Franco had three hits, reigning AL Rookie of the Year Arozarena singled twice, and Francisco Mejía snapped an eighth-inning tie with a pinch-hit sacrifice fly that gave the defending AL East champions a 2-1 victory over the Baltimore Orioles in their season opener Friday.

“Pretty exciting,” manager Kevin Cash said after using seven pitchers and 12 of 13 position players on the opening day roster to get win No. 1.

“I mean, there’s a lot of different characters and they can all get there differently, but there is a lot of athleticism out there,” Cash added.