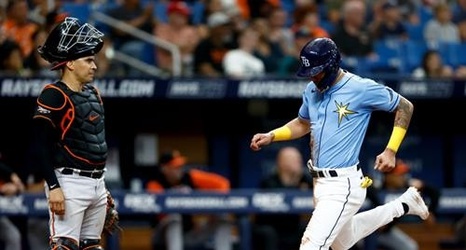 All-Star Shane McClanahan stopped a two-start losing streak, working six solid innings as the Tampa Bay Rays moved back in front of the Baltimore Orioles in the AL wild-card race with an 8-2 victory on Saturday.

The benches and bullpens briefly emptied after Rays reliever Pete Fairbanks struck out Robinson Chirinos to end the eighth. Fairbanks was unhappy earlier in the at-bat when Chirinos was granted a late timeout, and he said something to the Orioles catcher when leaving the mound. Chirinos spun around and headed toward the pitcher.

“There was a late time call, I took offense,” Fairbanks said.