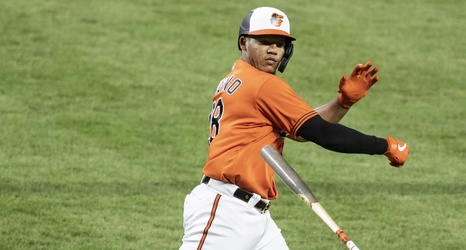 For baseball fans, a 60-game season felt way too short. For Pedro Severino, it was about 20 games too long.

The Orioles’ primary backstop, for much of the summer, appeared well on his way to a breakout year. And then it all came crashing down, turning a once-standout season into a middling campaign that clouded Severino’s future with the club.

But man...how about those first few weeks, am I right?

From the outset of the truncated season on July 24, Severino was blistering hot at the plate. He swatted two homers in his first five games and took off from there, quickly cementing himself as an anchor in the middle of the Orioles’ lineup.